The three months promo will recognize, reward, and encourage the company’s loyal customers whose support has brought the company to the success it is now.

The ultimate prize for the promotion is a Clarke’s Court Beach Party complete with all the food, Drinks and Music for the winner and 10 of their friends. Loyal customers will also win other prizes in the form of Mobile recharge, Domino sets, Hydration Packs, Clarke’s Court Rum products, Shot Glasses, SpiceMas memorabilia and much more daily.

To take part in the promo, one must buy specially marked 750ml bottles of Clarke’s Court Pure White or Special Dark rum. On specially marked bottles, one will find a Purple and Yellow sticker with a Gold scratch panel. There is a listed prize under the gold panel which must be scratched in order to unveil prize.

‘THE MISSIN D MAS SCRATCH AND WIN PROMOTION’ is only open to consumer above the age of 18. With SpiceMas being cancelled as a result of COVID-19, we wanted to keep the spirit and energy of SpicieMas alive through this exciting Summer Promotion, the Operations Manager of the company, Kirk Seetahal said.

We the makers of Clarke's Court rum have been in operation since 1937. We are the largest and best-known distillery in Grenada. Our factory is situated in the southern part of the island, Woodlands Valley, which is in the parish of St George. 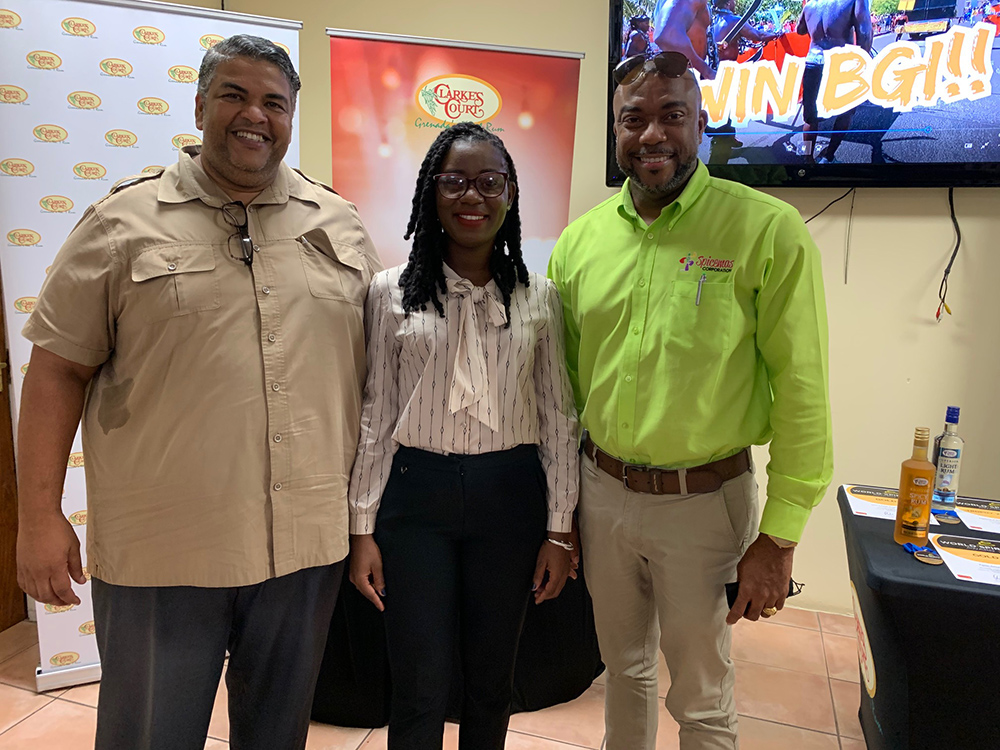 It is suggested that the name Clarke's Court originates from two sources. It is believed that the name "Court" came from Dutch Colonists who came to Grenada in 1670's and attacked the town, seizing some lands and the Bay in Woodlands, naming it "Court Bay". The French later recaptured these lands. From 1763 to around 1801, Gedney Clarke Esq. bought parcels of land from the French, totaling 780 acres, known to us now as Woodlands Estate. The land bought included Court Bay; hence from these sources today we have the name Clarke's Court.